STS 601 – Biblical Textual Criticism of the New Testament — A Reformational Approach, a 2 credit hour course of studies in the Masters programs of Reformation International Theological Seminary.

This course considers the preservation of the Word of the Lord and a biblical approach to textual criticism. It defends the position that God has not left his church without his word for many generations until the last 200 years or so when science finally discovered a “better” basis than God’s providence for preserving the text of Scripture, especially the New Testament. The course will largely defend the Received, Ecclesiastical and/or Majority family of texts over against the various eclectic texts introduced in recent times. Upon completion of this course, the student will be able to define and explain textual criticism and grammatology as well as aptly show the history of this highly interesting topic. Professors Hembd and Westcott thoroughly show the reliability of the Received Text as God’s Word preserved through the ages and show the flaws in a non-biblical approach to textual criticism found in the eclectic texts.

Required materials for the course

This covers the tuition payment for this 2 credit hour course.

LECTURES: Biblical Textual Criticism of the New Testament including an outlined transcript (23 lectures)

These lectures are by Dr. Stephen Westcott (10 lectures) and Professor Albert Hembd (13 lectures).

The audio lectures are in an MP3 format and are available by download. You will also be given protected PDF files viewable or printable from any computer as well as all of the required readings below in electronic PDF form.

What is Textual Criticism? Very briefly and simply defined, textual criticism is the process used to ascertain the exact Words of the Bible’s original Old Testament Hebrew and New Testament Greek. Extreme methods are used by modernist and liberal teachers, as well as by new-evangelicals, and, sad to say, by some Fundamentalists, Reformed and Presbyterians.

This Book Follows Dean Burgeon. The author of this book, Edward Miller, was a colleague of Dean Burgon. Because of this, he followed the method laid down in Dean Burgon’s books such as The Revision Revised, The Last Twelve Verses of Mark, The Traditional Text, and Cause of Corruption. This “Guide” might be looked at as somewhat of a summary of the principles found in the above four books by Dean Burgon. This book should be in everyone’s library as it is in defense of the Traditional Bible Texts.

The Ancient Text of the New Testament by Dr. Jakob Van Bruggen (44 pp supplied in PDF form)JAKOB VAN BRUGGEN (1936) was professor of New Testament exegesis at the Reformed Theological College in Kampen, The Netherlands. He studied theology in Kampen and Utrecht. In 1973, he obtained his doctor’s degree under Prof. Dr. W.C. van Unnik (Utrecht). In his scholarly works, Professor Van Bruggen defends the trustworthiness of the Bible as the Word of God.

In his The Ancient Text of the New Testament, Professor Van Bruggen deals with the confusion surrounding the text of the New Testament. Since 1881 (Revised Version), most new translations follow another type of Greek text than was followed in the older Bible translations (e.g. King James Version). However, this does not mean that there is unanimity regarding the correct text. On the contrary, in the newer translations, many changes occur because the science of New Testament textual criticism continually arrives at different conclusions. The Greek New Testament of the United Bible Societies (1966) in many points was established by a majority vote. Is the majority vote of a few modern scholars worth more than the majority vote of the old manuscripts? Does the division of opinions that exists today not indicate that there is reason enough to return to the ancient ecclesiastical text? Van Bruggen challenges the arguments raised against this ancient text by Hort and others after him. Briefly he surveys the field of textual criticism from Hort to Aland and Metzger. In footnotes, he refers to much literature on the topic. His conclusion is that the arguments against the text found in most manuscripts, nowadays are even less convincing than in the past. For exegesis, as well as for Bible translating, it is of significance which man­uscripts are used. Whoever wants to make his own judgment about this matter will find a scientific and succinct survey of the arguments in this book of Van Bruggen.

This is written in summary form based upon John Owen’s writings entitled “Of the Integrity and Purity of the Hebrew and Greek text of the Scripture, chapters 1-8, pages 345-421.

Has God Indeed Said — The Preservation of the Text of the New Testament by Drs. Wilbur Pickering and Philip Kaysar (44 pp supplied in PDF form)

Has God preserved His Word? Unfortunately, many Christians and numerous versions of the Bible assume that 4% of the text of the New Testament is forever lost. This booklet’s aim is to set the reader’s mind at ease on this question and to convince him that God has indeed preserved the word in keeping with his promise: “till heaven and earth pass away, not one jot or one tittle will by no means pass from the law.” (Matt. 5:18). This book is available in printed form at http://www.biblicalblueprints.org/ and has been graciously provided to our students as a free resource in PDF form.

This is a summary extracted from Turretin’s Elenctic Theology and graciously provided by Puritan’s Mind Ministries in conjunction with Presbyterian Reformed Publishers. This is a summary from writings at the time of the Reformation demonstrating that they had carefully considered all the available texts and were convinced that Roman Catholic doubts about Scriptural integrity were groundless. 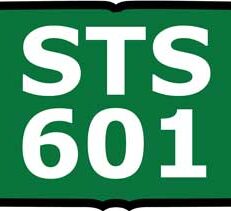