The minimum pre-requisite for this course is the previous course (APL 601-Intro. to Apologetics) or its equivalent.

This course is a study of the application of principles learned in earlier Introduction to Apologetics courses, so as to refute various world-views and religions.  The emphasis is on the authority of God’s revealed truth as it speaks to our beliefs and our defense of them.  In this course the student will meet with concrete illustration and practical application of principles and tools for defending the Christian faith.  Training manuals on fire-fighting do not put out fires; the actual fighting of fires does.  And so, when all is said and done, it is not the theory of apologetics which defends the faith and stops the mouths of critics; but by the grace of the Holy Spirit it is the application and practice of apologetics that does this.

This covers the tuition payment for this 5 credit hour course.

TEXTBOOKS (Required):  In the textbooks that follow, various positions are set forth and it is the purpose of this course to interact with them all by letting the various presenters of positions that differ to a greater or lesser degree with each other, speak for themselves.  But also to demonstrate through the lectures, the superiority of the presuppositional apologetic approach because of its greater consistency with the Bible as the only authoritative approach.

What We Think Before We Think:  A Presuppositional Apologetics Primer (by Robert Grossman)  If you have taken APL 601, then you should already have this book and can use it for this course.  This textbook is essentially the outline notes in published form of the lectures by the author used in this course.  Dr. Grossman was a student of Van Til’s “presuppositional” approach to apologetics.  Presuppositions in apologetics are those things “What we think before we think”, and thus the title of the book.  He is highly supportive but also critical of Van Til and has designed his book to make this intellectual approach to apologetics accessible to a broad range of Reformed Christians.

Classical Readings in Christian Apologetics (by Russ L. Bush) If you have taken APL 601, then you should already have this book and can use it for this course.   This volume is a collection of selected readings that are of continuing significance for Christian apologetics.  A brief bibliography is also given for each writer.  Christians have always been called on to defend their beliefs–certainly no less today than at any other time in history.  In this book the outstanding apologists of previous centuries become models, both in the content of their writing and in their methodology, for Christians today.  All those who love the Lord and His church and are concerned that many be made aware of the reasonableness of the Christian faith will find this book enlightening and exciting.  The readings considered in this book are by Justin Martyr (A.D. 100-167); Athenagoras (2nd Century); Irenaeus (AD 120-203); Tertullian (AD 155-235); Origen (c. AD 185-c. 253); Athanasius (c. AD 298-373); Augustine of Hippo (AD 354-430); Anselm of Canterbury (AD 1033-1109); Thomas Aquinas (AD 1225-1274); John Calvin (AD 1509-1564); Joseph Butler (AD 1692-1752); and William Paley (AD 1743-1805).    Selections used in this course will be Justin Martyr, Ireneus, Tertullian, Origen, Athanasius, Anselm, Butler, Paley and a summary apologetic writings in the 19th and 20th centuries.

Religion, Reason and Revelation (by Gordon Clark).  When Religion, Reason and Revelation firswt appeared in 1961, it was hailed by the critics as a polemical and literary masterpiece:  “…the literary style is a model of English clarity…”, “…the logic is beautiful…”, “…refreshing honesty pervades the entire book…”  “Clark is the strongest in philosophy where his meticulous knowledge of the history of philosophy is used to best advantage.  If any student or pastor or professor is low on apologetical ammunition, here is plenty for replenishing the arsenal.”  Now, over 40 years later, the book is recognized as a classic defense of the Christian faith against the perennial philosophy of the world.  Its discussions of comparative religion, faith and reason, God and evil, the adequacy of human language to express divine truth, the infallibility of the Bible, and the source of ethics are timeless because they are directed against the fundamental principles of secular philosophy.

In the Twilight of Western Thought (by Herman Dooyeweerd).  This compact volume contains a series of lectures given by Dooyeweerd during his lecture tour throughout the United States and Canada in 1959.  These lectures express the core essence of Dooyeweerd’s four volume philosophical work A New Critique of Theoretical Thought.  In a masterful summary Dooyeweerd first tackles the central dogma of the modern era, namely, the dogma of the autonomy of theoretical thought.  While this dogma has been challenged in many ways, both in the twentieth, and twenty first centuries, none of these challenges have made the dogma a truly critical question.  If they had, the claims for the constant centrality of rational thought from the ancient Greeks to medieval Thomistic scholasticism and on to both the modern and post-modern humanist expressions would be exposed as possessing radically different presuppositions which transcend the confines of theoretical thought. By subjecting this dogma to a truly radical critique Dooyeweerd demonstrates that all theoretical thought is grounded upon religious presuppositions that exceed the boundaries of both philosophy and theology, and which need to be clearly exposed and articulated if theoretical thought is to truly understand its own nature.  He similarly demonstrates how such a critique provides the basis for the development of a Christian philosophy that can challenge historicism and establish a fruitful dialogue with non-Christian thought.

Reasons of the Heart (by  William Edgar).  In this book William Edgar gives us a full-orbed view of explaining the gospel in ways that teach the entire persons—not only the head but the heart.  his strategies are biblical and human, addressing the deep ways of knowing that go beyond a dry rationalism.  Reasons of the Heart is for all who long to make a compelling argument for the good news of Jesus Christ.  “We know the truth not only through our reason but also through our heart…The heart has its reasons of which reason knows nothing.”  Pascal.

Classical Apologetics — A Rational Defense of the Christian Faith and a Critique of Presuppositional Apologetics (by R. C. Sproul, John Gerstner, & Arthur Lindsey).  Must a person accept Christianity on faith alone, or is there a reasoned defense for being a Christian?  The authors of this book hold that Christianity is eminently reasonable.  The primacy of the mind in the Christian faith can be affirmed without denying the importance of the heart.  This book embraces reason without rationalism, personal love without personalism, faith without fideism.  The more we know of God, the authors claim, the greater is our capacity to love Him.

The book is divided into three parts, Section 1 is a prolegomenon dealing with the problems and methods of apologetics.  Section 2 develops the theistic proofs and authority of Scripture.  Section 3 is given over to a critique of presuppositionalism in apologetics, particularly with reference to the thought of Cornelius Van Til.  Classical Apologetics will help the thoughtful Christian understand his or her faith better, and it will provide more solid grounds for sharing this faith with others.

A Brief History of Time (by Stephen Hawking).  A free version of this book is provided with the lectures for this course.  Those seeking a hard copy will need to order the book from other sources.  A landmark volume in science writing by one of the great minds of our time, Stephen Hawking’s book explores such profound questions as: How did the universe begin—and what made its start possible? Does time always flow forward? Is the universe unending-or are there boundaries? Are there other dimensions in space? What will happen when it all ends?

Told in language we all can understand, A Brief History of Time plunges into the exotic realms of black holes and quarks, of antimatter and “arrows of time,” of the big bang and a bigger God-where the possibilities are wondrous and unexpected. With exciting images and profound imagination, Stephen Hawking brings us closer to the ultimate secrets at the very heart of creation.

You will receive an email from us with a link that will allow you to download course lectures, PDFs, etc., after you complete your order.

What We Think Before We Think by Robert Grossman

In the Twilight of Western Thought by Herman Dooyeweerd

Reasons of the Heart by William Edgar 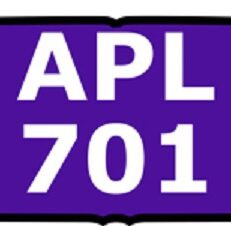